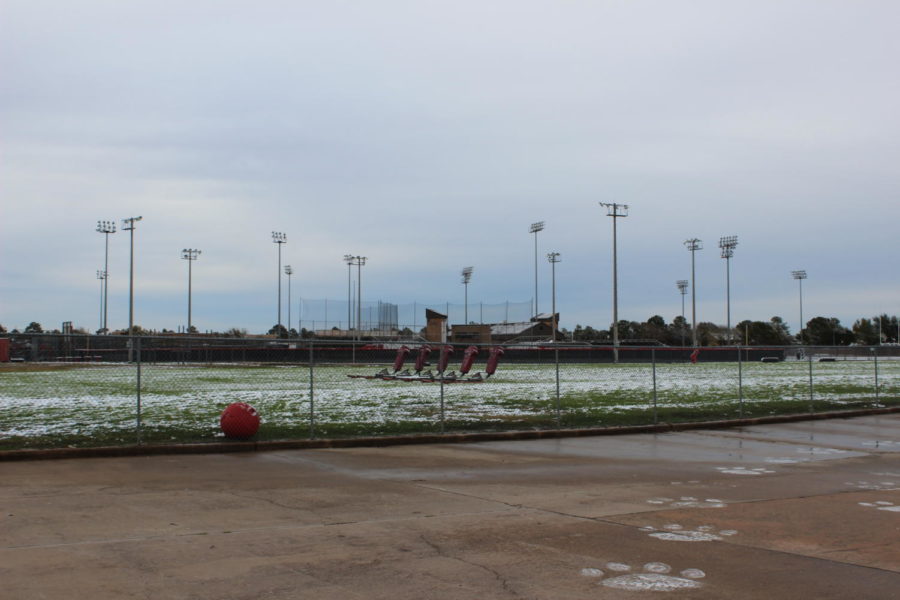 The Football field became a playground for kids hungry for snow.

Houston last saw snow on December 4th, 2009. And only then, got only a measly inch. This time, we got somewhere between 1-3 inches, depending on where you live. It was cold enough to stick during the night and made it all the way until morning, when students got dropped off at the front of the school. ” I was looking at Snapchat stories and saw it was snowing and I wanted to go see it,” Ayse Erdemir said.

Lobo lake, covered with the fresh white powder, was too good to resist. Students stumbled down into the large ditch, scooping up large handfuls of snow to pelt at their friends.

“There were over 50 people outside,” Sophia Shaka said. “It was hectic!”

“Some dude took his shirt off,” Frida Madrid said.

The fun didn’t end there. Plenty of students were either late to class or nearly so because of the memorable event.

“I went and picked up my friend and we just played in the snow all morning,” Danielle Van Dine said.

“I hadn’t seen snow since 2nd grade,” Julia New said. “So I was pretty excited about it”.