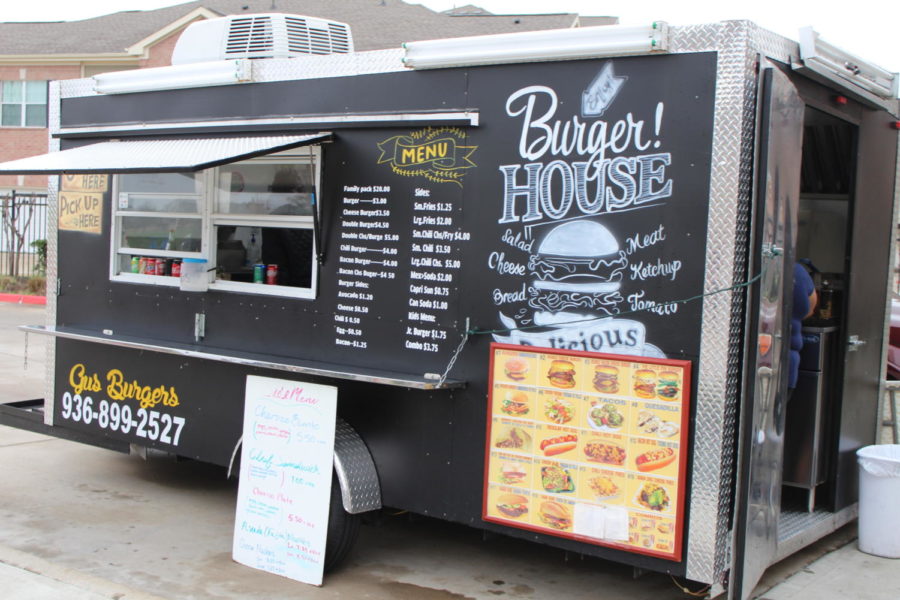 You know it. You read it. You love it. And after a ridiculously long hiatus, it’s finally here. I’d like to apologize to anyone who regularly reads these reviews and looks forward to new additions. It’s been a while since my last visit to a food truck, a result of how busy my schedule has gotten with school, family, and scholarships, and equally how lazy I feel when I finally have the free time to do things like this. In fact, I was certain that I would fail this assignment due to my tendency to procrastinate.

As I was driving my sister home from school, my daily worries swirled through my head like a swarm of angry mosquitoes. How would I finish all of my assignments and scholarships at the same time when they seemed to pile up? Am I even capable of staying up to see my projects through, or has school burned me out to the point where I’ll accidentally fall asleep while working, like every other night this week?

As I pulled into the front entrance of my apartment complex, however, I breathed my first sigh of relief in a long time. Parked in front of the main office was the answer to my prayers and the subject of this review: Gus Burgers.

After dropping my sister off at home, I quickly drove back to the truck’s location. I hadn’t noticed it before, but there were an abundance of cars sitting in the front of the building. There was also a long line of hungry customers gathered around the front window of the truck, some talking amongst themselves, some messing with phones and watches, and some looking contemplatively at the menu board. Even though I was desperate to review anything at that point, at least I felt confident that the food wouldn’t be awful. I decided to wait until everyone in the line had ordered before stepping out of my car and up to the window. It was just my luck that it began pouring rain once I stepped out of the car, but I simply shielded my eyes and ran towards my destination like a freshman when the warning bell rings. Nothing would stop me from completing my mission. Not the fact that I would probably catch a cold from standing in the rain, or that I’d eaten a sandwich only two hours prior, or that I didn’t even know if I could afford the damned burger.

When I arrived at the window, the girl greeted me warmly, but looked a bit concerned for my well being. In addition to the rain, the wind had begun to pick up. She offered me a few napkins to wipe my soaked face, and I scanned the menu quickly. Through prior research I’d done a few months back, I knew that Gus Burgers was known for, wait for it, their gourmet hamburgers. I decided to take the safe route and order something simple: a cheeseburger with pickles and red onions, a side of french fries, and a canned soda (a Strawberry Fanta specifically, if anyone cares to know.)

Once the rain died down, I took a few pictures of the truck and headed back home to dry off and taste what I’d purchased. After sitting down at the table, I all but ripped the bag open to get to its contents; although I hadn’t eaten too long ago, the smoky smell of the burgers on the grill was absolutely tantalizing. Once I had my meal laid out, I decided to try the french fries first and save the star of the meal for last.

I’ve never been a big fan of steak fries; I typically find them bland, almost flavorless, and the texture is usually too mushy for my tastes. However, these fries definitely exceeded my expectations. Maybe I’d been eating the wrong type of steak fries, or just happened to get bad batches every time I ate them. These fries, however, were well seasoned and possessed a slight crisp that prevented the fry from becoming too mushy. Even though they’d been fried like many fast-food chains and restaurants do, these fries reminded me of the frozen Ore-Ida fries my mother would bake as a side for her homemade fried chicken. Often, fries have a tendency to fall flat or only taste good with the main dish. I believe that these fries, however, have the strength and taste to stand alone.

The meal also came with a small container of what appears to be a special mayo sauce. Intrigued, I lifted it closer to my face to smell the mixture. Visually, it reminded me of the “fry sauce” offered at restaurants like Freddy’s, or the signature sauce at Cane’s. Instead of piling the sauce onto my burger, I decided to use it as a dipping sauce for my french fries. Overall, the sauce did taste similar to the fry sauce at Freddy’s; however, I felt that it had a richer, more “refined” taste. The tanginess of the spicy mayo was a bit subdued, so it didn’t leave the bad aftertaste that sauces from staple Texas chains like Cane’s and Zaxby’s typically do. It was definitely a pleasant surprise, and something that definitely makes Gus Burgers stand out against the competition.

Now for the part that everyone has been anticipating. The actual burger. The dish that Gus Burgers is known (and named) for. When it comes to burgers, I like to stick to the basics; I prefer a simple cheeseburger over something stacked with piles of avocado or bacon or fried egg. This burger was simple. It was dressed only with pickles, red onions, and the aforementioned sauce. It was a little lopsided and the bun was dented, but I’ll attribute that to my run back to the car after receiving my meal (the rain had begun to pick up again) and the hurried drive back to my apartment before the food got cold. It still managed to be one of the best burgers I’ve ever tasted, and I think that is just a testament to the true greatness of Gus Burgers.

The first thing I noticed upon biting into the burger was that the buns were warm and buttery, like they’d been glazed before they’d been cooked. It was reminiscent of the egg buns available at food places like Smashburger, although many restaurants have a tendency to neglect the bun and put all of their efforts into the meat, this was definitely not the case here. The meat was cooked thoroughly, and there were no particularly chewy or tough bits like I typically find in hamburgers. The pickles and red onions were particularly crispy, and tasted fresh. Halfway through eating, I decided to chop up the jalapenos and sprinkle them over the bun. They definitely gave the burger an added kick of flavor, and completed it very nicely. I’m not much of a hamburger or meat loving person, but tasting this burger has inspired me to branch out and try more burgers from different establishments.

I almost forgot. The Strawberry Fanta was good, there’s not much to say about it. It was a refreshing, bubbly drink that played its part in helping the food go down. It did what it needed to do, and that’s all I ask.

Overall, I’m very glad to have gotten the chance to take a visit to Gus Burgers. I’ve seen the truck plenty of times; on the third Wednesday of every month, my apartment complex hosts a food truck in the front of the building, and Gus Burgers is a frequent participant. For an actual gourmet burger, fries, and a drink at a price that isn’t ridiculously high–my order cost a grand total of six dollars–a trip to Gus Burgers is definitely worth it. Though I was initially only in this to pass my class, I definitely found something to rave about, and it reignited my drive to keep churning out as many of these reviews as I can before graduation.

Here’s the Verdict: 10 out of 10 Moos (or Howls, but I feel like this is more appropriate for the review).