MXMTOON: do you know her? 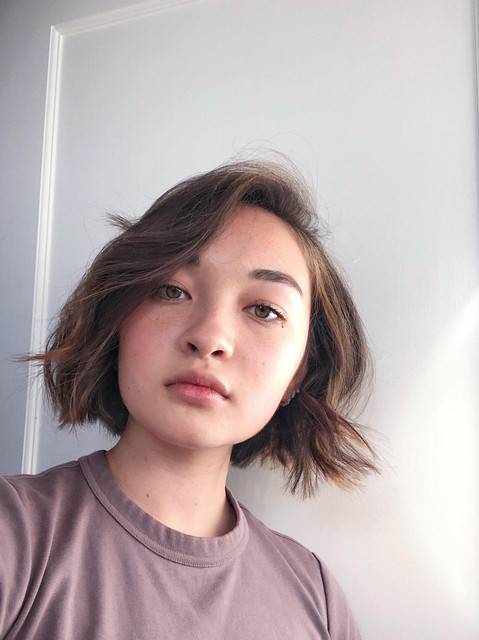 Why do people listen to music? Maybe because they like the sound or they enjoy to hear other peoples thoughts on different events. It might even be that they like to sit and listen to something other than their own thoughts. Whatever your reasons for enjoying the melodies of music you might just want to look MXMTOON’s songs up.

MXMTOON or Maia already has released her debut album: The Masquerade. she has also been mentioned in different online websites such as Sub Stream magazine. The 19 year old writes what she calls “rhyming diary entries” which is her most private thoughts and feelings straight from her thoughts to paper. Using the difficulties and happiness of life to create music others can relate to.

“When I first started making music it felt like an escape from my day-to-day life, where I’d have to put on a mask to hide what I was really feeling,”  Maia said. “Writing songs was a way to express all the things I couldn’t talk about in face-to-face interactions, and share them with a community of people who maybe also needed to put up a façade to get through the day”.

Her breakthrough came in 2018 when the song- Plum Blossom, clocked more than 100 million streams on Spotify alone—not bad for songs recorded by herself in her parents’ guestroom. No less than a year later, and she has millions of followers and subscribers across YouTube, TikTok, and Instagram. Similar to other popular artists of our time, Maia uses these platforms to talk about things close to her heart.

“As a young bisexual woman of color from a family of immigrants, a lot of current events directly affect who I am,” Maia said, who’s mixed Chinese-American. “I firmly believe it’s my obligation and opportunity to speak on issues that affect us all.”

“I realized there was no song about seasonal depression, so I decided to make one to fill the void,”  Maia said. “I wanted to be honest about the feeling of waking up and having no desire to do anything with your day—but then also maybe help people feel a little better and lighter when they’re stuck in that gray moment.”

In 2017,  Maia started posting her music on soundcloud after years of singing to herself, first only sharing her comedy songs but eventually uploading a track called “feelings are fatal.”

“At the time I was like, ‘Whatever—I have 200 followers, I’m just gonna post it,’” she recalls. “But then people really responded to it, which made me realize that I needed to keep my music as candid as possible, because that’s what people connect with.”

“When I listen to the album, it feels like a musical of the things I’ve gone through and the life inside my head,”  Maia said. “I hope people come away from it feeling like the songs belong to them too—like now there’s a piece of art in the world that speaks to their own experiences, even if they’d always felt like they were alone.”

Maia’ s songs are created from experience, more specifically her experience with life and even some things she has just heard about. But it creates something for others to connect to and even understand the feelings that others face in life.